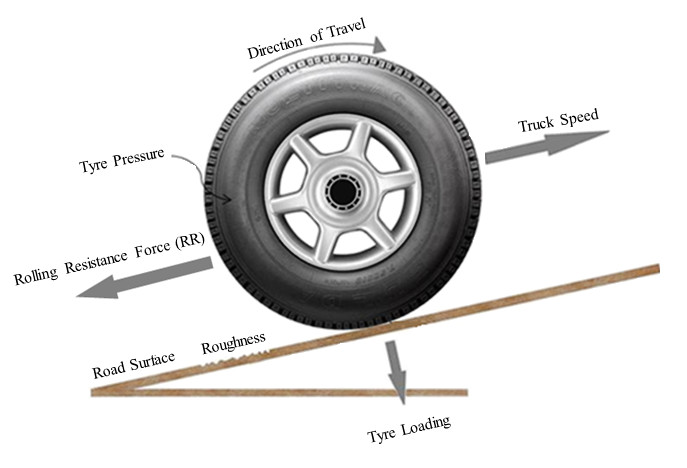 Figure 1: Rolling Resistance and the most Influential Parameters

Study in the area of rolling resistance has potential implications in the area of tyre management in surface mining. Tyre’s remain a large cost in the operation of haul trucks, and are affected by rolling resistance in a number of ways. The build-up of heat in truck tyres is a leading cause of tyre degradation and is influenced by the rolling resistance experienced by the tyre. This accrual of heat can potentially lead to tyre failure, a costly and potentially dangerous event. Rolling resistance is influenced by a number of parameters, all of which can be placed into one of four groups of road, tyre, system and weather. Each of the parameters is also categorized as a Design (D), Construction (C), Operational (O) or Maintenance (M) parameter (Table 1). 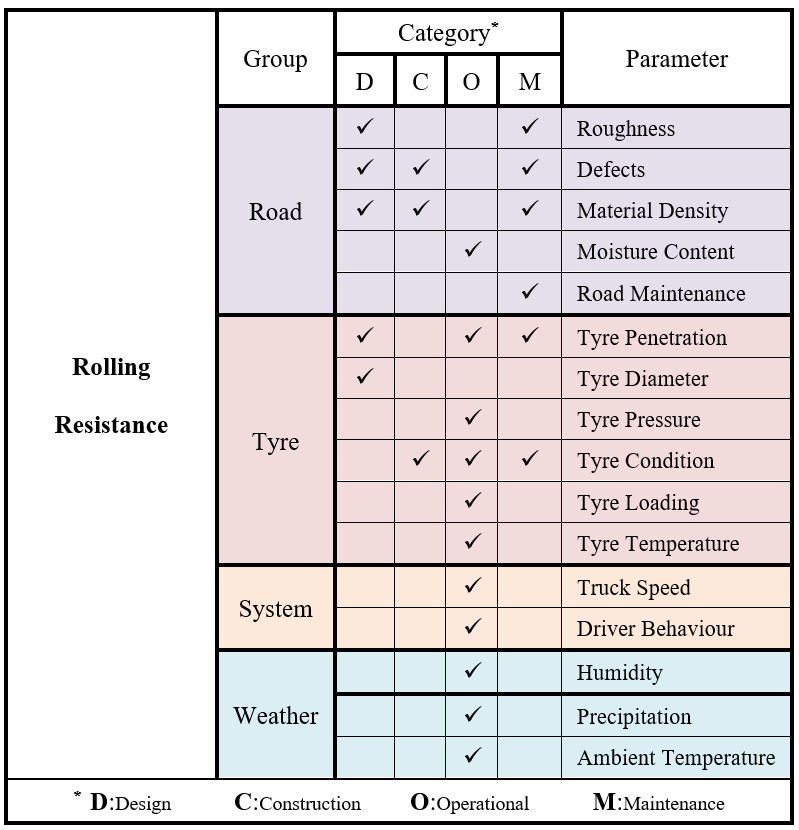 This research has been conducted by a group of researchers at Mining3 and the University of Queensland Australia. 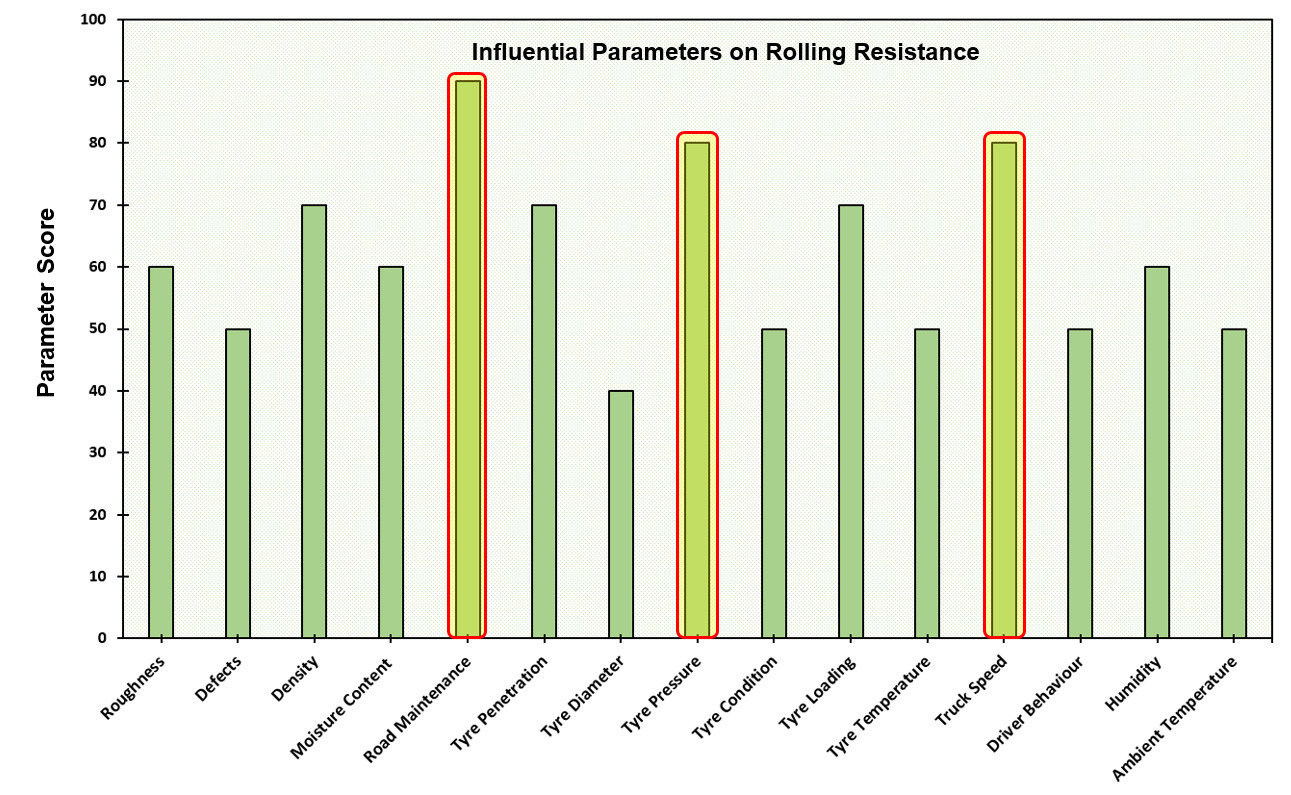 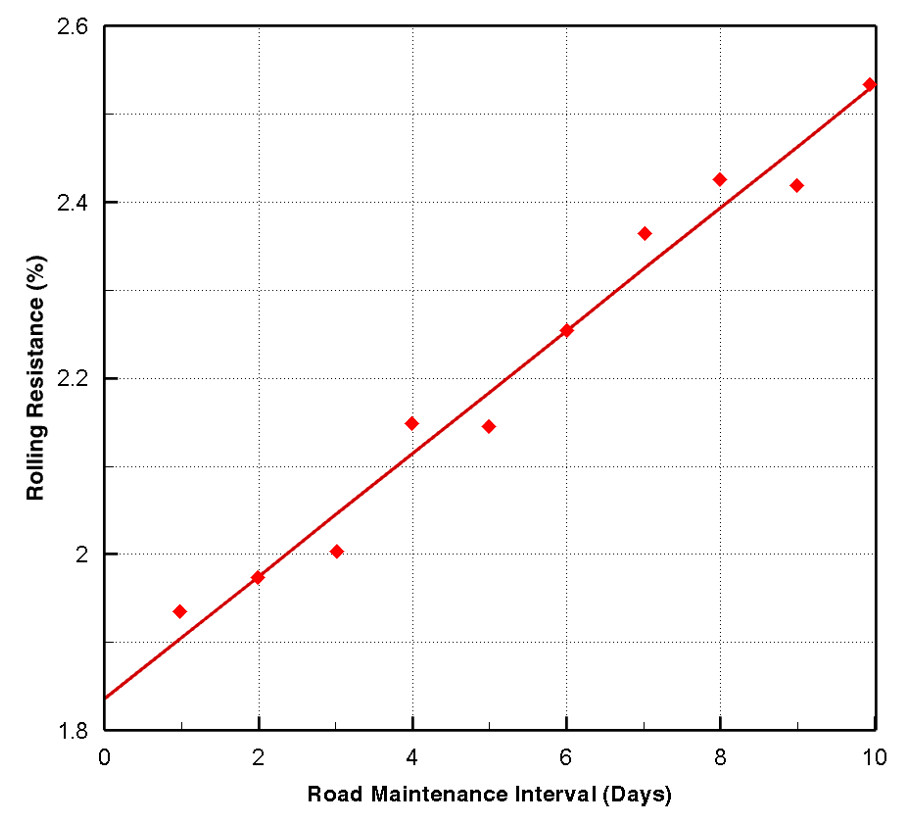 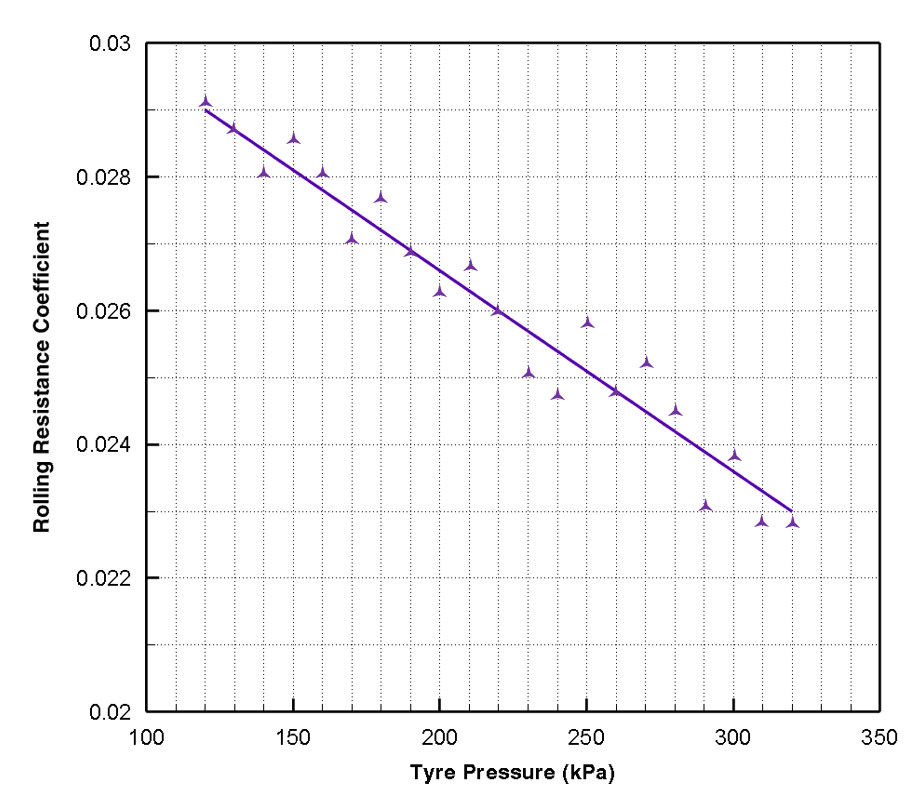 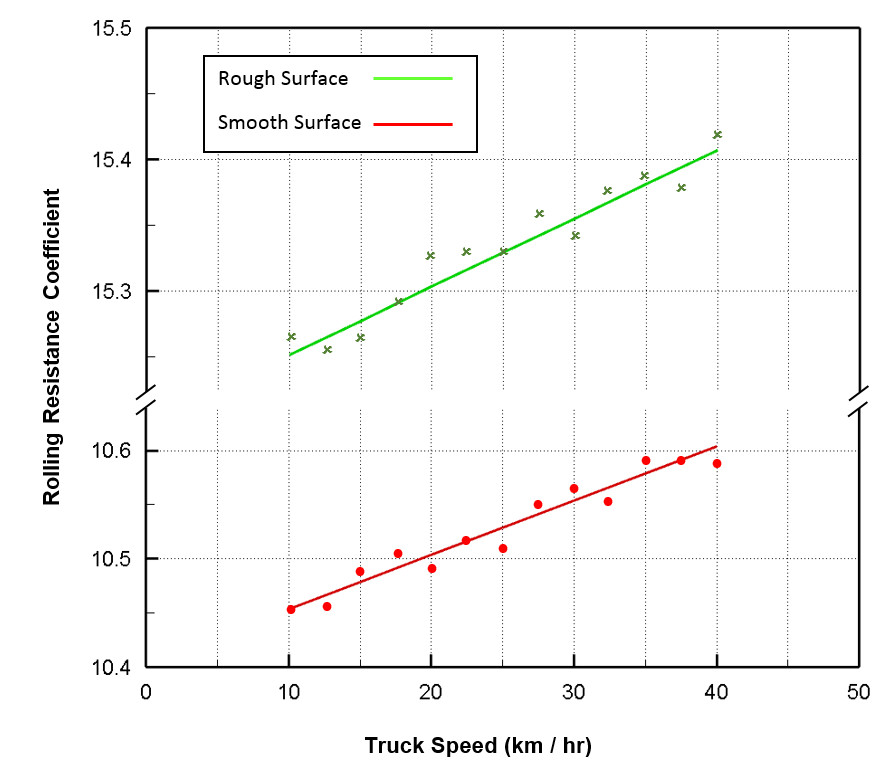 The survey and relationships discussed are useful when considering the efficiency with which haul trucks operate on open surface mines. Rolling resistance can be controlled on mine sites, especially when efforts are focused on the most influential parameters. It is recommended that haul road maintenance intervals be optimised in accordance with cost considerations to reduce rolling resistance. In relation to tyre pressure, it is clear that higher pressures result in lower rolling resistance. It is therefore recommended that tyre pressures be maintained in accordance with the manufacturer’s recommendations. Lastly, increasing truck speed is linked to higher rolling resistance, and so lower truck speeds are desirable when only rolling resistance is considered. However, a number of other factors must be considered when choosing a suitable truck speed including safety requirements, cycle times and productivity requirements. All of these alterations will reduce rolling resistance, and be useful when considering further hauling operations and their efficiency.

Soofastaei-Publications (SP) is a newly founded global publisher that produces specialized and high-quality books and e-books and holds world-class conferences and webinars.

This organization is a part of Soofastaei Institute, which provides technical business solutions, publications, and educational services in the field of advanced analytics and AI in various industries.

Eye in the sky